As of Revision 42, each game has 3 foreign nations:

The Grand Duchy of Stahlmark (Grossherzogtum von Stahlmark) is a sovereign state characterized by the cold discipline of their stalwart military. They are often criticized for frequently engaging in shocking experiments.

The Mechanical Republic (Republique Mechanique) is a sovereign state and world power. Egalitarian and revolutionary, the republic is led by a complex thinking machine known as L'auto-Dictateur.

As a colonial power they may have a presence near your own colony and will interact with it based on current diplomatic relations. The allegiance of each foreign nation will be randomly assigned at the start of the colony. One will be an ally, one neutral, and the other will be the enemy. For example, in one game:

As of Revision 44, the hostile foreigners can conduct a major invasion. You will be given a notification as well as a set amount of time to prepare for the assault (i.e. increase colonial troops, build more barracks, use prestige points for temporary Redcoats, etc.). Forms of assistance may arrive in the form of landmines from the Ministry of Colonization, and fishpeople squads (if on friendly diplomatic relations). Once the designated time runs out, another announcement is given. The invasion has begun! 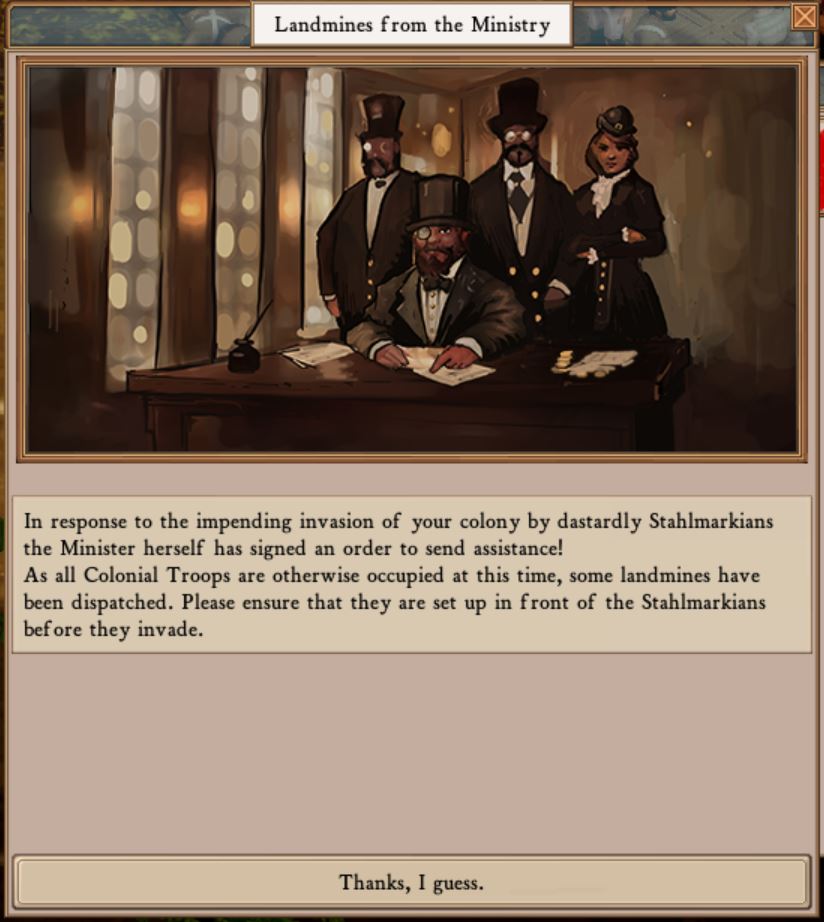 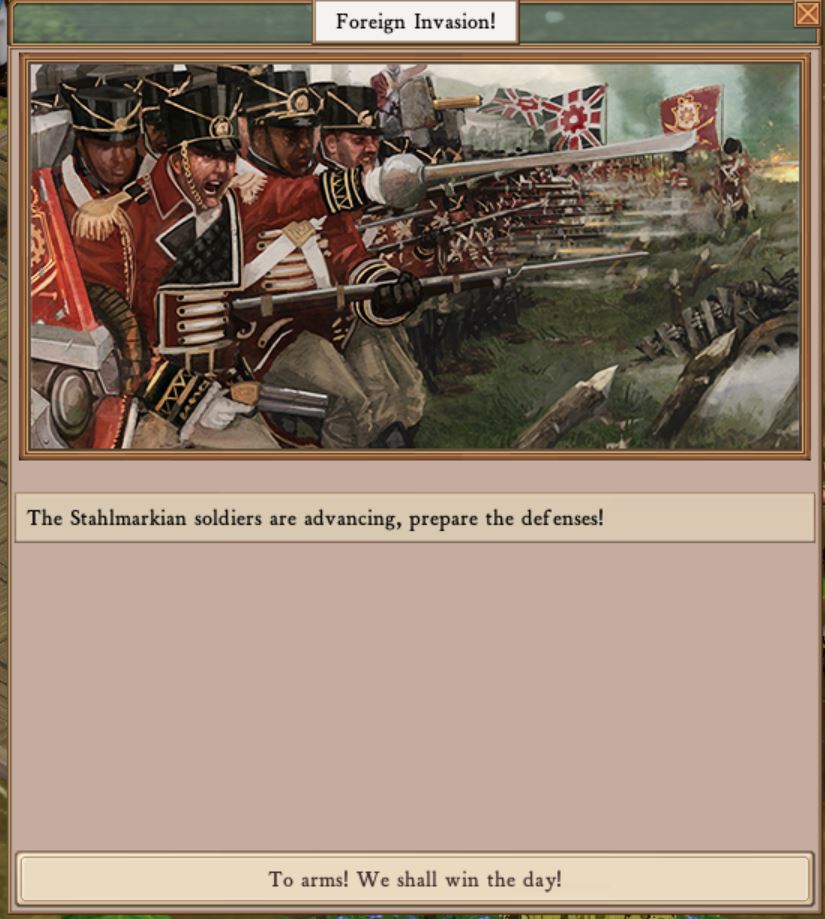